From the pilot plant at lab-scale to the industrial one

The consortium has achieved a clearer design of the pilot plant atindustrial scale target within the Life Superbiodiesel project. The visit to UMU’s facilities and the pilot plant at lab–scale has allowed solving some previous doubts on the production line and technical features of the plant to build. Therefore, aspects such as the pump to use, the pressure to achieve, the range of temperatures, isolation types, depressurisation to reach, etc. were determined.

The pilot plant at lab-scale (Figure 1), which aimed to transform fatty waste into biofuel, was achieved within the development of the ARVINA-BIOCOMBUSTIBILIS project funded by the Spanish MINECO and participated by partners of the project that occupies us such as CSIC-UPV, UMU and AIJU. 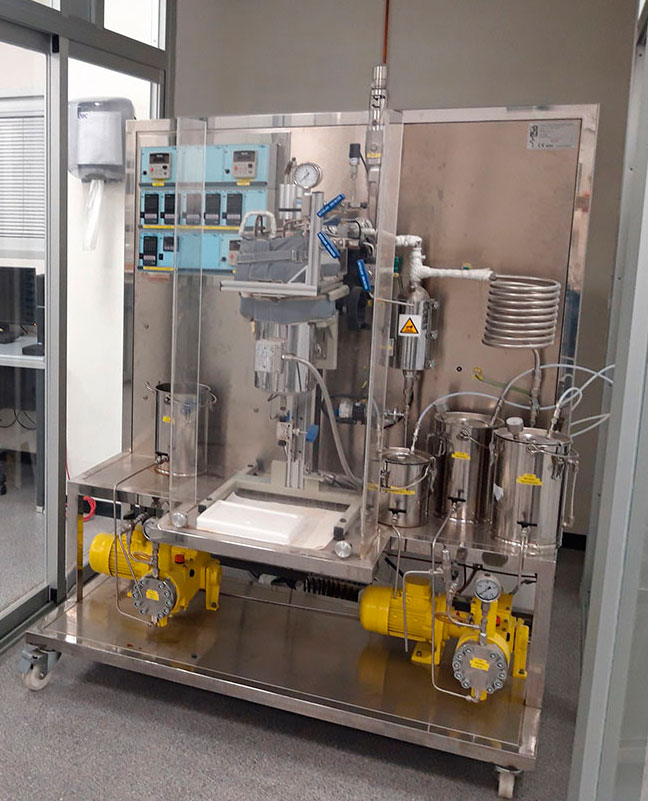 As stated, the new biodiesel will be generated by transesterification of a highly acidic animal fat with methanol in a supercritical state, which behavesas “a hybrid between a liquid and a gas” dissolving substances like liquids.

The action of supercritical methanol will be combined with the use of structured heterogeneous catalysts that will allow, among other things, to smooth the operating conditions of the process. Additionally, compared to the conventional process of biodiesel production, it will also avoid the formation of soap during the reaction and re-use these catalysers.

Thus, the industrial scale pilot plant initiated its execution with this action. Further information on this regard will be coming soon.